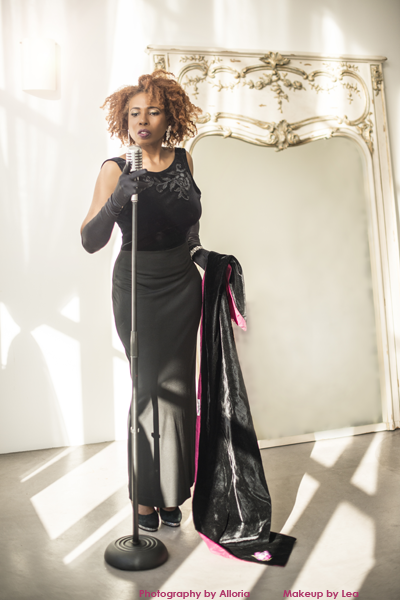 Parris Lane the MD PBS Emmy Nominated Actress/Singer who’s extraordinary voice lends itself to many different styles of music. Parris has performed for audiences around the world from Carnegie Hall to London, Paris, Geneva, Rome and Bangkok. Her four-octave voice lends itself to diverse styles including Gospel, Jazz, R&B, Pop, Classical and Show tunes. She’s known as one of the most versatile performers in existence today. She has recorded with many greats including the group “MARZ,” Capital (Liberty) Records, and received raved reviews as a soloist on the song entitled “You’ve Got Me Crying Again.” You can also find Parris singing background vocals on Nils Lofgren's song “Black Books,” which was featured regularly on the HBO hit series “The Sopranos.” Parris has had the privilege to work with great songwriters/producers such as Grammy Awardee Skip Scarborough and Grammy Nominee Donald Robinson. Nominated in 2010 as the Best Jazz Singer by Las Vegas Black Music Association, by 2011, she won the award for Best Blues Singer. As the lead female vocalist with the Group “Soulmates,” she performed regularly in Las Vegas at the Venetian Hotel/Casino. Parris was also a featured soloist for the Monday Night Big Band Concert, at the San Francisco Jazz Center. She's performed for many dignitaries, celebrities and various organizations such as the Black Engineers Award Conference, The Human Rights Organization, USNA Forestall Lecture, the National Aids Memorial Grove, and more. Parris received her Emmy nomination as an actress/singer on the children’s television show “Bob the Vid Tech,” and starred in several local musical productions such as Godspell, Jesus Christ Superstar, PURLIE and SELMA. Her voice-over work credentials include the character voices of "Annie Action and Wanda Why,” for the Baltimore Port Discovery Children Museum theme song. Parris-directed and produced the animated musical “Glorytoys,” which received honorable mentions in Breaking into Hollywood Film festival. It was also accepted into the Kingdomwood Film Festival Showcase and voted as the “Audience’s Favorite,” at the Christian Film/Television Market International Screen Tour. As a Teaching Artist for the Smith Center for the Performing Arts Wolftrap Early Learning Program, she designed Arts Integrated Lesson Plans to enhance Preschool curriculums and classroom activities. Her workshop created for youth entitled “Communication through Songs” with the Baltimore Symphony Orchestra Arts Excel Program, was one of the most requested lessons within the program. She’s produced events for groups such as the Chrysalis House, YWCA Domestic Violence Program, served on the board of the MD and NV Chapters of Women In Film, and as a Judge for national beauty and music contests.

Her versatile talents also include the producing of several CDs, author of several published books, and the founder of KenGlow Oil.